Building the next generation of harpists

The harp -  a truly magnificent instrument to behold. On its own, it conjures up visions of the hands of angels and kings strumming its many strings. But together with the skill of a passionate harpist, this instrument not only comes to life: it breathes life. Of the many and various forms of music, the harp is known to have a reach that is deeper and more spiritual. This heavenly instrument has been touching hearts and healing souls since the ancient times. The harp has been known as an effective tool not just in orchestras, but in music therapy as well. It has been a soothing sound not only in concerts, but at cancer wards and Alzheimer clinics too.

Harpists are rare and few in-between. In the Philippines, harpists are literally rarer than diamonds; with only a few handfuls in the entire land. This makes the harp a prized instrument to learn and to own. Our goal is not just to produce the next generation of harpists that will perform in orchestras and concerts, but also to raise a generation of harpists that will touch people's souls. From grand music arenas, halls of government, sprawling companies, and soaring cathedrals to hospital wards, senior homes, hospice facilities, and small churches: This next generation of harpists will be brought up in a culture and environment that encourages rather than criticizes, empowers and not degrades. Nurturing a love for the music and the instrument that would eventually channel the music of Heaven here on Earth.

To serve God and the community through quality harp music and education.

​To empower and inspire harp enthusiasts both young and old to reach their full potential in learning and playing the instrument through well-planned lessons, assistance in deep and effective practice methods, and providing performing opportunities and venues.

Respect
in the Uniqueness of
Each Individual

We value individuality and we work according to a person's background, goals and learning abilities.

‍We believe that time is a very essential element in learning the instrument with joy.  The more an individual spends time with something, the more he or she discovers about it.

We celebrate every step of progress and aim for excellence but above all we nurture the love for the music. A musician of good character is better than a perfect performer. 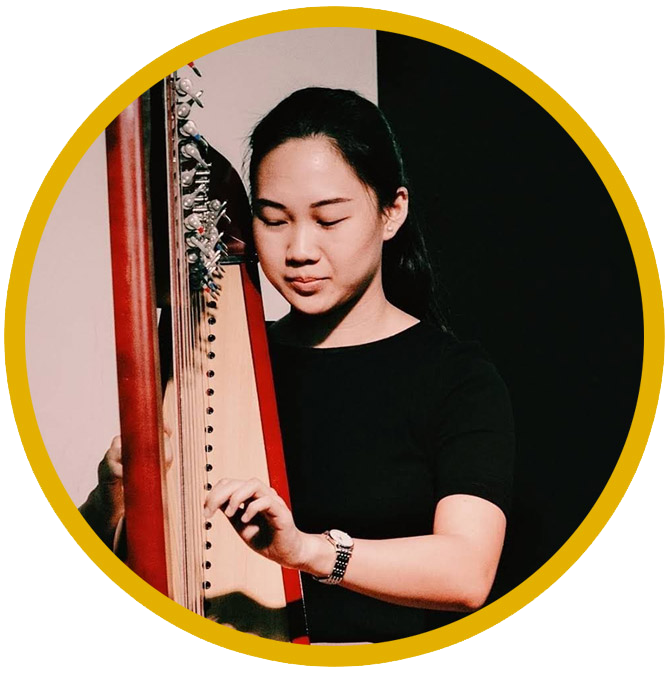 There aren’t very many Harp schools in the Philippines. Even so, HarpRoom is able to stand out with their expertise, incredible talent, dedication, and love for the instrument.
They push you to do your best, broaden your horizons and expand your comfort zone, all the while showing patience and kindness. They not only teach you technical details, but also the emotions and feelings needed to bring a song to life.
‍
My teacher is a great mentor and an inspirational harpist. Without her and HarpRoom, I would not be the instrumentalist I am today. I am incredibly thankful to have them.

Want to be a harpist?

Yes! How do I start?
Teacher's Profile